A downloadable game for Windows, macOS, and Linux

King Octopus is on the loose and trying to discover the secrets of your gorgeous hair! Grab your weapons, call your friends and defend your island at all costs so the jealous octopus and his pirate minions do not uncover your secrets!

Hair Dash is currently in development for PC, Mac, Linux, Android and iOS. Buying the game on itch.io will support the game's development, so thanks a lot!

You will get a DRM free version of our progress on the desktop version of the game. You can expect regular updates which will ramp up to our future release on Steam and consoles!

Get it now at the exclusive price of $5.99! Next update will add online leaderboards and the price will go up!

Hair Dash is a fast paced action game in gorgeous, modern pixel art where you will need to use both your reflexes and your wits to succeed. Using a super intuitive control scheme (only two buttons!), the game will quickly show its depth as you progress.

Since you can only move by attacking enemies, you will soon be challenged with increasingly complex situations, where analyzing and strategizing is key!

Here is a short, non-exhaustive list of features in Hair Dash (both present and planned soon):

Purchase now and show the world you're the best fighter!

Remember to join our Discord server to chat with other players!
You can also follow us on Twitter and Instagram, or register to our exclusive newsletter!

If you like what you're seeing, don't forget to rate us at the top of the page!

Hair Dash is in development and this build does not represent the final version of the game. Many features are already working in the mobile version and will soon be ported to PC.
You can expect tons of awesome updates and a fast-evolving game. Supporting us by purchasing the itch.io PC version will help us bring more features and awesomeness to the game!

In order to download this game you must purchase it at or above the minimum price of $5.99 USD. You will get access to the following files:

Did...did I see their hair turn into a fist? Is that an actual attack? :D 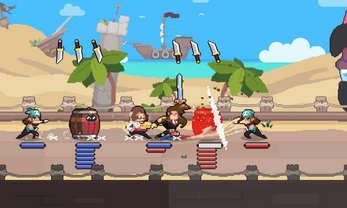 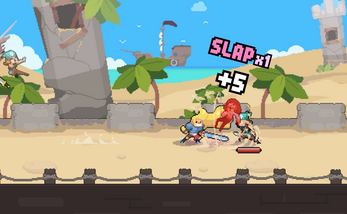 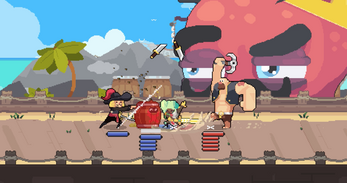 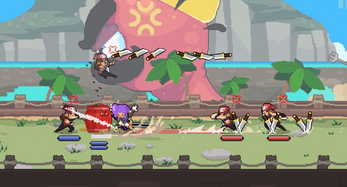